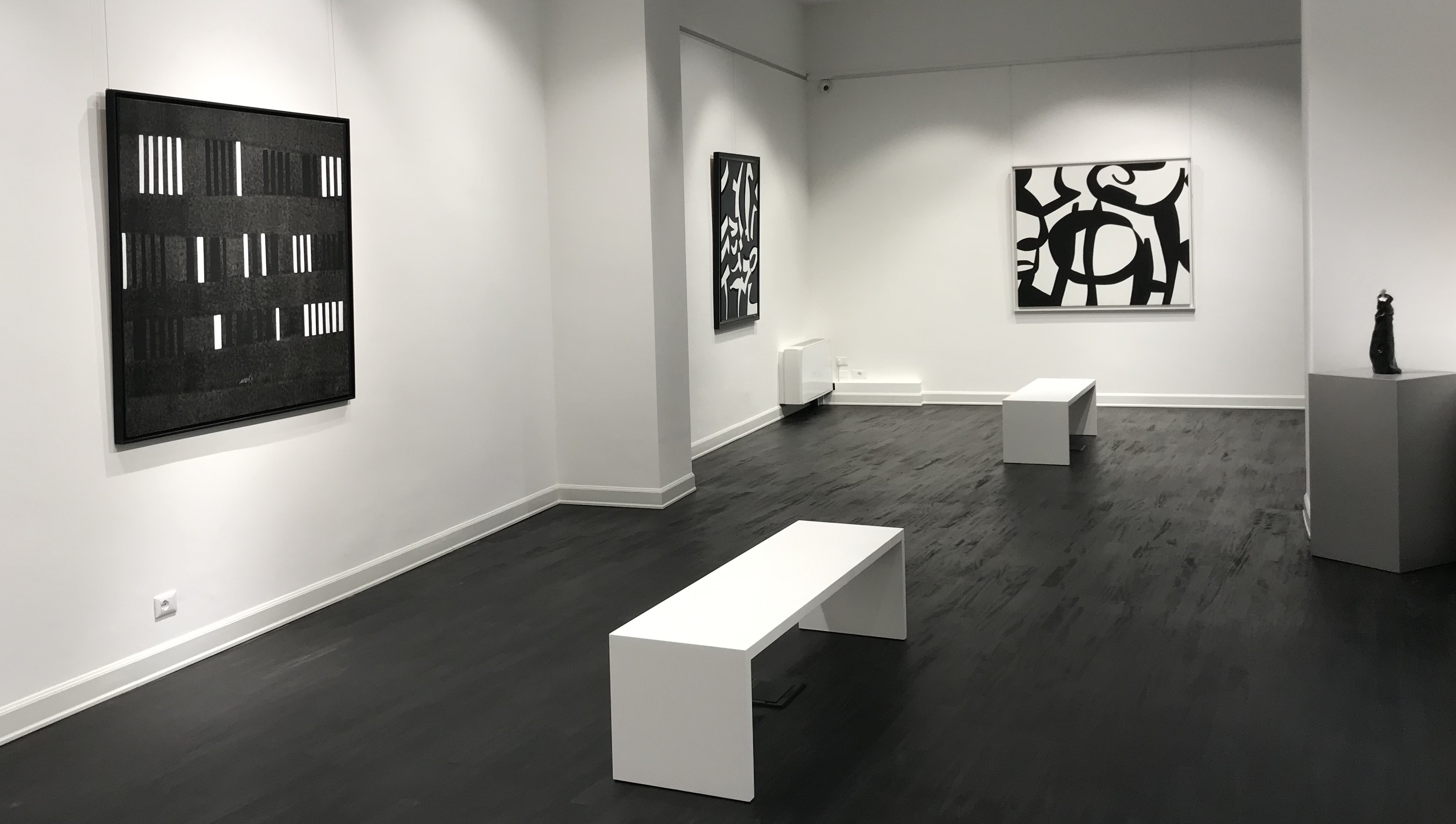 “Life is in colour, but black and white is more realistic”

This quote from the renowned director Wim Wenders synthesises the very idea that inspired this small exhibition that brings together the works of nine contemporary artists all from different origins, who from the mid 1950’s, addressed issues of thematic and semantic reduction in relation to the abstract nature of their painting.

The juxtaposition between black and white, beyond their symbolic connotations (white as light, purity, tabula rasa, and silent spaces contrasted with black which represents darkness, depth and the abyss), represents an experimental field that encompasses all the general artistic forms: paintings and sculptures first and foremost, but also in photography, architecture, cinema, theatre and fashion.

Both black and white are employed to express not only the innate ‘extreme’ characteristic of the material itself – the white, synthesising all colours and the black, being the absence of colour –, but also as tools to express an interior poetic that becomes a synthetic word, often symbolic, of the depiction of reality. Above all, they become tools capable of concretising that otherwise intangible component of reality: time, an inescapable component of life that within the works of art becomes a rhythmic marker, a repeated succession, mathematical order/disorder, eversions of volume, volumetric contrast, light and shadow.

The exhibition brings together the works of nine artists – eight of which are figureheads of the 20th century- all of whom are known internationally,  who use the contrast of synthesis (white) and absence (black) of colour to experiment with intense, poetic, expressive, probing and suspended forms: the repeated geometric patterns of Carla Accardi (1924-2014) contrasted with the musical and mathematical rhythms of Alighiero Boetti (1940 – 1994), the rhythmic eversions of Enrico Castellani (1930-2017),  Franco Grignani’s (1908-1999) plastically or dynamically distorted experimental visuals, the chromatic constellations of Heinz Mack (1931), the white reliefs of Angelo Savelli (1911- 1995), the dynamic ovals of Turi Simeti (1929), to the quizzical. suspension in Giulio Paolini’s (1940) drawings. A slight yet intense antithesis to the abstract component is the small sculpture by Fausto Melotti (1901-1986), of an incredibly refined ceramic quality, a ‘musical abstraction’ which delegates to the black and white tones the enigmatic secret of mankind.